Home Health care Cullman Regional is back from the brink

Ask James Clements how things are going at Cullman Regional, where he is CEO, and it’s hard to stop the flow of success stories.

There’s the new Center of Excellence Orthopedics & Spine, a venture so successful the hospital already has a couple more centers in the works. And there’s the growth in number of beds, from 115 in 2014 to a planned 175 by the end of next year. Then there’s the expansion of the emergency room, purchase of a surgery center and opening of two urgent care centers and two outpatient imaging centers.

Perhaps most importantly, there’s the increase in revenue, from $94 million in 2014 to a projected $175 million in 2022, meaning more money to improve the hospital’s quality of care.

“The big guys around us know who we are, because we’re taking business away from them,” Clements says.

Clements’ nine years at the hospital, the largest employer in Cullman County, have been marked by extraordinary growth, but that hasn’t always been the case.

When he came to Cullman Regional in 2014, the longtime health care administrator found a hospital on the brink.

Like some other hospitals around the country, he says, Cullman “had lost money seven years in a row. I think that five of those years, employees hadn’t received raises. In general, people were pretty unhappy. The board had looked at some strategic alternatives but ultimately decided to give it one more try with a new CEO.”

“Foundationally, we’re much stronger now, and that’s allowed people to stay here for a lot of their health care rather than having to travel to Huntsville or Birmingham,” he says. “I’m really proud of that.”

Getting to this point wasn’t easy, even though Clements was not shocked to see what he found at Cullman Regional in 2014.

“It helped that during my for-profit career of 30-something years, I had been a part of acquiring hospitals, probably 30 of them, that had had many of these problems,” he says. “It sounds simple, but the first thing you do is improve quality, then you raise revenue and decrease costs. That gives you the money to do the other things that the infrastructure requires that are very capital-intensive.”

On the quality side, Cullman Regional immediately began tackling its sepsis protocols.

“Every hospital has patients being treated with sepsis in them, and we’re now in the top 10% in the country in the treatment of that,” Clements says. “We’ve saved about 200 lives by basically putting in a system of care, beginning with our ER, that identifies sepsis patients, and they all get treated.”

That process of coming up with those protocols helped pave the way for other things, Clements says.

“You create teamwork, you create a win,” he says. “We started recruiting positions based on our community need. A year or so in, we were able to add things like robotic surgery. … We were obviously able to increase the pay for our clinicians and recruit clinicians from the outside. We truly improved quality in a hurry. That was step one.”

When Clements started making changes at Cullman Regional, those who hired him were ecstatic. Some others? Not so much.

“The board was unbelievably supportive,” he says. “But a lot of people were pushing against me because it was change, and it was different.”

For instance, Clements is big on teamwork, and he faced “a lot of physicians with a very independent mindset.”

“They were just determined to do what they wanted to do, patient by patient,” Clements says. “It was tough to get them to see that patients got better care if we treated each of them as part of a system.”

The new CEO also ruffled some feathers by looking outside Cullman Regional to determine some best practices.

“Whatever we think the best are doing, we try to track with it and make ourselves a little bit better every day by looking at ourselves in the mirror,” Clements says. “So yes, there was some pushback on teamwork and looking at how other hospitals were doing it.”

And then there were the paychecks.

“We switched to a performance-based kind of compensation for all of our team members, which kind of shook people up as well,” Clements says.

But the naysayers started quieting down when they saw that some of what their new boss was instituting was working, including from the sepsis protocols. “Some of the physicians pushed back very loudly on that, but then we showed we were saving lives, and now everyone is engaged,” he says. “The real key to tackling something like this is the early wins.”

MONEY NOT A PROBLEM

Ask some who have been at Cullman Regional for a while, and they’ll say it wasn’t just one thing that began to turn the tide at the health care facility.

“It’s been a combination of good business management with a focus on reinvesting in quality of care and services that are patient-centered” that have helped turn the hospital around, says Charna Brown, who has been at Cullman Regional for 35 years and is chief nursing officer.

And success begat success, with some of the changes Clements and his staff implemented leading not only to better health care services but to increased revenue.

“The hospital had experienced negative operating margins for several years, and that is not sustainable for any business, including hospitals,” says Nesha Donaldson, chief operating officer, of the books prior to 2014. “We’ve had a complete financial turnaround, which has paved the way for tremendous growth.”

Money, Clements agrees, is not a problem, and it’s helping Cullman Regional continue to expand.

Already this year, the hospital:

Staff retention and recruiting post-COVID-19 is problematic, Clements says, but he’s in an enviable position — finally — when it comes to finances.

“When I first got here, we couldn’t do anything until we generated the money to pay for it ourselves,” he says. “That’s not a limiting factor anymore. Capital and capital access is fairly easy. … Money just isn’t a challenge now, and that’s a very good thing.”

Alec Harvey is executive editor of Business Alabama and Art Meripol is a freelance contributor. Both are based in Birmingham.

This article appeared in the July 2022 issue of Business Alabama. 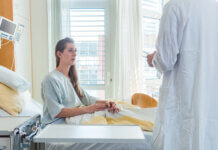 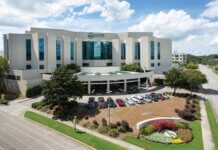 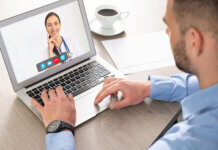