A young craftsman in south Mobile County is carving skateboards with cutting-edge techniques and super-cool designs — and celebrities can’t get enough of them.

“What I love about doing this,” Bear Walker says, “is that the artwork has to look good, but it’s, like, a functional thing. We ride the shit out of these boards, and they hold up.”

He’s standing in his workshop, located in the back of a nondescript building in Daphne. Inside his office, 150 skateboards sit boxed, stacked and waiting on the delivery truck Pokémon sent to retrieve the last of their massive order — five different custom designs featuring the video game giant’s most popular characters. It’s part of his latest collaboration.

“I find someone I want to work with, I make them a custom board, and I find out where they’re going to be. That’s what happened with Pokémon. They were at the Licensing Expo in Vegas, so I signed up to go, and the only custom I made was for them. I scheduled a meeting with them, met up, gave them the custom. And about six weeks later, I start getting on phone calls with them, and it evolved from there.”

It’s that sort of initiative and entrepreneurship that has helped Bear turn his artistic talents and passion for skateboarding into a career. His five-person team will build about 4,000 boards this year, a significant jump from the roughly 1,500 they made last year.

Bear’s popularity has soared thanks in part to relationships with celebrities. When famous actors like Jason Momoa (Aquaman) and Zachary Levi (Shazam!), or a brand like Pokémon, post pictures on their social media with Bear’s boards, their fans flock to his site and place orders.

But the underlying reason for Bear’s success is rooted in talent, perseverance and resourcefulness.

He learned general woodworking from his dad, who had a custom home building company in Charleston (“My dad actually built houses for Martha Stewart and Oprah, so he was doing custom things for celebrities way before I was,” he says). Bear taught himself how to use an automated machining tool that can carve the intricate designs in the boards based off codes he writes. “I have to tell every line what bit to use, how deep to cut and how fast to move,” he says. “There’s about five different programs that I have to put into place.”

Bear was an avid surfer growing up, but when he went to college at Clemson University, he found himself 250 miles from the closest breakers. He turned to skateboarding to get his riding fix and, after graduating with a degree in graphic design, he opened up a skateboard shop.

He tried selling his boards to retail stores, but the shops weren’t receptive. When that didn’t work out, he had to move back in with his parents, who had relocated back to Baldwin County after 20 years in South Carolina. The move gave him a chance to save up enough money for his current venture, and it gave him access to his family’s woodworking shop.

Bear knew his boards would work, but he just needed time. “It took two solid years of just making them and putting them out there and getting traction,” he says. “The carved-out grip is the main thing.” The unique grip is something that he just sort of stumbled upon while making trophies for a surf competition.

While most boards require the use of grip tape to keep your feet from sliding off, Bear’s grips are strategically implemented into the design and carved into the wood.

“No one has ever done anything like this for the foot. It’s grippier than grip tape.”

This is also where Bear’s entrepreneurial side kicks back in. He envisions the patent-pending grip being used in other fields. “It won’t only apply to skateboards. We can do handicapped ramps, stair treads, boat decking,” he says.

Ideally, he’d like for people to earn rebates for using his grip as an all-natural abrasive surface. “That would fund years of skateboards,” he laughs.

Bear regularly puts in 70-hour workweeks, although he did recently start taking Sundays off. “A custom board generally takes between 20 to 30 hours,” he says, “depending on how cool the idea is and how pliable the customer is. No one touches the custom boards but me, start to finish.”

Over the years, he has developed and refined his technique. He uses a water-based stain when painting for durability — the stain soaks into the wood so nicks don’t show as much. And his designs use contours, gradients and different focal points to help hold off natural wear and tear that comes as a resulting of skateboarding.

The boards are made out of 9-ply maple, which is the best wood because it has a little flexibility but it’s really durable. He uses it in every layer on the board (most board makers just use it on the top and bottom layers).

The Pokémon boards launched February 11, and his next collaboration is in the works. Bear is opening up a custom shop in Los Angeles this year, and he’ll be exhibiting at an art gallery out there as well. His manager is getting him more plugged into the Hollywood scene. The past three months have been busier for Bear than the past three years.

But as the business has “become more business-y,” he still takes time to create boards for himself to stay inspired. “My dad was pretty hell-bent on me not doing construction. But I came kind of close I guess. I just put an artistic spin on it.”

Like his boards, Bear is a unique blend of artistry and functionality. 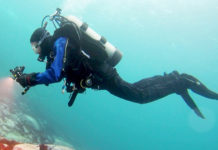 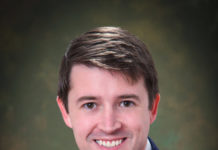 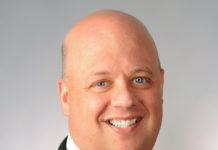