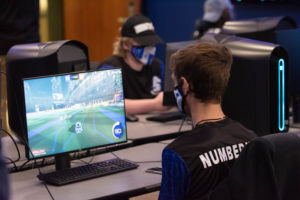 Calhoun Community College Athletics Division has opened a new esports gaming competition studio. Along with an original gaming studio, it will be home to Calhoun’s seven-member esports team.

The new studio was completed in May and is now being used by Calhoun’s team during the National Junior College Athletic Association’s esports gaming pre-season. The team will play Rocket League and Super Smash Bros. Ultimate.

“We don’t know who our team will compete against as the competitions are open to any two-year school that is a member of the NJCAA Esports Association,” said Casey Knighten, esports coach at Calhoun. “Our team could play against students in California or even New York. It all depends on who we are matched with by the NJCAA.”

Competitors wear masks in the studios, hand sanitizer is available, social distancing is being enforced, and after each gaming station is used, it is sanitized.

“We are excited to see our gaming facility come to fruition, as well as to see students on campus having fun in some form or fashion,” said Joe Burke, Calhoun’s interim president. “We hope the incorporation of this new facility will attract more students, as well as increase their engagement with the college.” 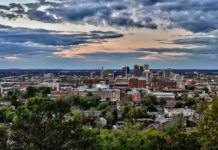 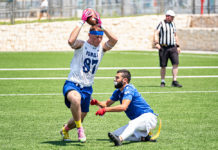