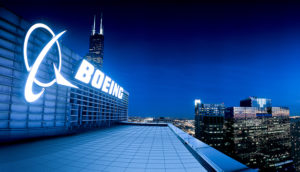 The Boeing Co. has been awarded an additional $249 million for its Ground-Based Midcourse Defense (GMD), a system designed to protect the U.S. against ballistic missile attacks.

Huntsville is headquarters for Boeing’s Missile and Weapon Systems division. The GMD system has been in operation since 2004.

Boeing designs, integrates, tests and sustains all GMD components across 15 time zones, and describes the GMD as “the only system capable of protecting the entire U.S. homeland, including Alaska and Hawaii, against long-range ballistic missile attacks.”

Boeing is the world’s largest aerospace company, manufacturing commercial jetliners as well as defense, space and security systems. The company employs more than 3,000 people in Alabama.

With the additional money awarded, the value of the Missile Defense Agency contract increases from $11.5 billion to $11.8 billion.