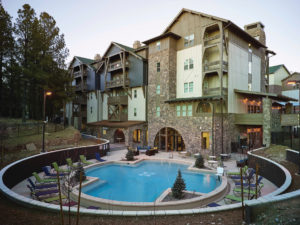 This is not your father’s college dorm room.

Fremont Station offers what many readers of a certain age would consider luxury apartments for students attending Northern Arizona University in Flagstaff.

It has a heated resort-style pool. A clubhouse. A fitness center. Walking paths and bridges that ensure direct and secure pedestrian trips from apartment door to the parking deck. Two spas. Stand-up tanning beds. And private bathrooms attached to each of the 817 bedrooms in Fremont’s 232 apartment units, even those with five bedrooms.

Nequette Architecture & Design of Birmingham has worked with the developer, Capstone Collegiate Communities of Mountain Brook, in the past, says Travis Burke, architectural team leader for Nequette.

“Our office has done similar projects to this. This was one of the most complicated ones we had ever done, especially with the bridges and how it all connected,” he says.

Finished in 2017 on a budget of $50 million, Fremont Station addresses a major student housing shortage of all types around the university. Though it is privately owned and not affiliated with the university, it is just over two blocks from campus on a seven-acre site.

The size of the site and the intricacies of Flagstaff city codes provided the main challenges for Nequette. Fremont Station had to fit into the surrounding neighborhood and had to meet percentage requirements for the use of stone and brick-faced veneers. In a mountainous area, some of the slopes had to be maintained.

The lighting could not disturb the observatory on top of a nearby mountain. Burke says only one manufacturer made acceptable lighting that could be used on the parking deck.

Another college-student-friendly feature is that students sign individual leases and are only responsible for their portion of the rent even on the multi-occupancy units.

“This has been a trend in the market for the past five to six years. There has been a lot of development in the area of high-end housing,” Burke says. 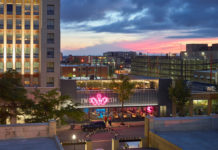 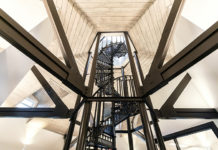