When Mike Ogles was studying mechanical engineering at Auburn University in the late 1980s, “additive manufacturing” — building materials layer-by-layer using a 3-D printer — wasn’t even a thing, yet.

“The technology was not there, so I would never have had a thought we’d be doing that,” Ogles says. “Back then, we had stereolithography, which was the early, early kind of 3-D printing, so I got some exposure to that, but that was about it.”

Over the decades, that landscape has changed dramatically, and in just the past four to five years, Auburn’s interest in additive manufacturing has grown exponentially, with the university forging partnerships with NASA, the National Institute of Standards and Technology, ASTM International, the U.S. Army, U.S. Navy, FAA and many others to put 3-D printing technology to work.

“I am amazed that it has grown this fast,” says Ogles, director of NASA programs in the Samuel Ginn College of Engineering. “It has been a lot of hard work by a lot of people, but it has been rewarding.”

Ogles points to faculty like Tony Overfelt, a longtime Auburn mechanical engineering professor, as one of the pioneers who started the additive manufacturing movement at the university. After GE Aviation opened an additive manufacturing plant in Auburn, interest in the technology intensified, and, in 2016, Auburn’s College of Engineering created the Center for Industrialized Additive Manufacturing. 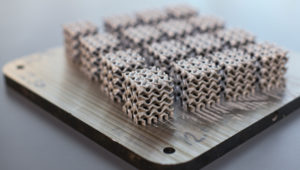 If it sounds like there’s a lot going on, there is. In just a few years, Auburn has established itself as one of the leaders in additive manufacturing technology.

“Auburn reacted to some basic needs at the right time,” says Shamsaei.

“The College of Engineering realized there were these needs out there, and they took critical steps,” he says. “They hired faculty with specialties in this area, they invested in additive manufacturing labs, and, to help train the workforce, they established a certificate in additive manufacturing that undergraduate and graduate students could earn by taking certain courses.”

In addition to addressing structural integrity, standards and workforce issues, NCAME has become a magnet for partnerships between Auburn and those involved in the additive manufacturing industry. In April, for instance, NASA awarded a $5.2 million contract to the center to develop additive manufacturing processes and techniques for improving the performance of liquid rocket engines.

“We really nailed the public-private partnerships area,” Shamsaei says. “The center currently has over 70 partners. We’re going after funding opportunities to help the industry and the government in faster adoption of this emerging technology.”

Though it started before he came to Auburn, the work coming out of NCAME folds into one of Auburn President Steven Leath’s main goals — to make Auburn a top research university.

“Academic discovery fuels the economic engine, and the work of Auburn researchers fosters a culture of commerce in our state,” Leath says. “Additive manufacturing is transforming industries ranging from aviation to medical instruments to automotive, and Auburn is recognized as a leader on the national stage for our efforts.”

Leath supports NCAME’s work with NASA and others — “It’s incredibly exciting that Auburn is directly supporting our country’s efforts to send humans back to the moon,” he says — but he also has been instrumental in helping to expand NCAME’s territory.

Most of NCAME’s projects were in the aerospace and defense industries, but an initiative from Leath has allowed the center to expand into the biomedical area. That project is a collaboration among the colleges of engineering, business, pharmacy and veterinary medicine.

“Recognizing that additive manufacturing stands to make a major impact in sectors outside of manufacturing, we are leveraging the technology to improve the quality, safety and reliability of medical implants,” Leath says. “As a land-grant university, Auburn is uniquely positioned to leverage academic discovery with our state’s industries, workforce and resources for the public good.”

All of this has led to Auburn becoming a name in the additive manufacturing world in a relatively short time, which not only leads to research projects but to more economic investment in the area. Last year, GE chose Auburn as one of only eight universities to participate in its GE Additive Education Program, and in March, GE Aviation announced a $50 million expansion to its additive manufacturing operation in Auburn.

“Auburn University has become a clear leader in the field of additive manufacturing research due to a strategic effort by the university, the Samuel Ginn College of Engineering and our industry partners,” says Cary Chandler, director, business development & startups in Auburn University’s Office of Innovation Advancement & Commercialization. “Auburn has long been developing expertise in this emerging field but has made investments in nationally known researchers to lead the next generation of exploration in additive. By working with key industry partners, like GE Aviation, Auburn has been able to bring in a wide array of the most technologically sophisticated additive equipment, so that our research is on the same machines deployed in the field.”

As for workforce development, Shamsaei says he is seeing more interest from students in additive manufacturing, too.

“More and more students are coming to take advantage of this technology,” he says.

All of these successes are the result of a lot of work by many people, Ogles says. Christopher Roberts, dean of the Samuel Ginn College of Engineering; Steve Taylor, associate dean for research in the College of Engineering; and Jeffrey Suhling, chair of the Department of Mechanical Engineering, “plus a lot of faculty, staff and graduate students,” have been instrumental in the enormous growth in additive manufacturing at Auburn. 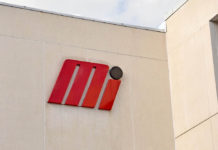 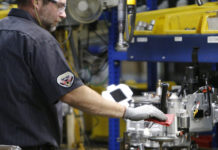