Joe Forehand Jr., longtime CEO of Accenture and a 1971 graduate of Auburn University’s Samuel Ginn College of Engineering, was inducted into the university’s Hall of Fame in early April, during the kickoff to Auburn’s annual Entrepreneurship Summit.

Auburn’s Raymond J. Harbert College of Business sponsors the two-day summit, which honors graduates from all the university’s colleges.

Receiving one of two Entrepreneur of the Year awards was Bob Broadway, who began his career in commercial banking with Barnett Bank, after receiving his undergraduate degree in accounting in 1991 and his MBA in 1993. In 2001 he founded The Broadway Group, which specializes in retail development of national tenants that combined his construction and commercial real estate expertise. In addition to The Broadway Group, he owns Broadway Construction Co., a general contracting firm, and Broadway Capital Investments, an investment property firm.

Also receiving the Entrepreneur of the Year award was Tara Wilson, a 1997 Harbert College graduate. Her Fort Worth, Texas-based experiential marketing firm, The Tara Wilson Agency, ranked No. 901 on Inc.’s 2017 list of the nation’s 5, 000 fastest-growing companies. Her agency provides strategy, insight, ideation, event production and management services for companies seeking to improve brand engagement. Clients have included major companies such as Samsung, Nike and Ann Taylor.

Honored as the 2018 Young Entrepreneur of the Year was Michael Johnson, founder and CEO of Elite Transit Solutions and a 2008 Harbert College graduate. Based in Pittsburgh, Pennsylvania, Elite Transit provides third-party shipping and logistics management services for clients nationwide. The firm ranked No. 697 on Inc.’s 2017 list of the nation’s 5, 000 fastest-growing companies.

Top Tigers awards recognize rapidly growing companies founded or run by alumni. The event is presented in partnership with Business Alabama magazine and the accounting firm Warren Averett. Winners are chosen for both their revenue growth and their ability to follow the Auburn Creed. 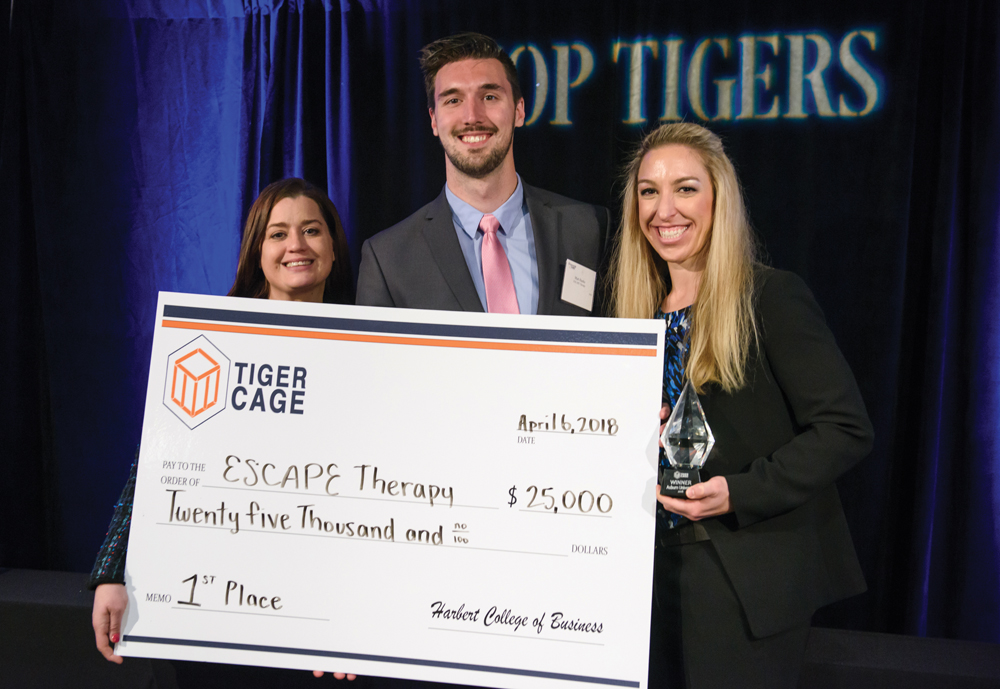 One of the Summit’s most popular events is the Tiger Cage competition, where aspiring entrepreneurs compete for funding after the fashion of ABC’s Emmy-winning show “Shark Tank.” Winners share in a $50, 000 prize pool.

Winners in the Tiger Cage Jr. for high school students are:

Jessica Armstrong is a freelance contributor to Business Alabama.

Top Headlines: Raising flounder on the Alabama coast, The business of Mardi Gras