In an era when politics is dominated by the colorful, the flamboyant and the master of one-line putdowns, Sen. Doug Jones presents a very different style.

Quiet, dignified and all business, Jones talks issues rather than personalities, solutions rather than criticisms.

He’s exactly what you might look for in a U.S. Senator from Alabama, except that he’s got the wrong color-coding — a true blue politician in a deep red state.

On fall trips home to Alabama, he attended the groundbreaking for the new Mazda Toyota plant underway in Huntsville, met with healthcare officials at USA Mitchell Cancer Institute in Mobile, chaired a hearing on helping older workers find a niche in the workforce.

And people recognize him. Here and there, people who see him ask for a chance to take a selfie together, and he’s happy to oblige.

While in Mobile, he led a trade roundtable, bringing together leaders from steel and automotive companies, port officials, other heavy industries and a pair of farmers to talk about the ways that recent tariff changes are helping and hurting their businesses.

Jones sat down with Business Alabama shortly after that trade meeting.

“I think there were a lot of consistencies” in what the diverse segments had to say, particularly about the dangers of uncertainty, Jones says. “I thought they were very candid about what the uncertainty created — it just kind of freezes them a bit.”

Growing up in Birmingham when it was a strong steel town, with family members working at U.S. Steel and even trying it briefly himself, he has an ear for the steel industry. “The steel industry has gotten hammered over the last 10 years, especially since 2014,” he says. “I’ve known the effects of steel dumping, primarily from China, so I knew that the tariffs that the president imposed are helpful to the domestic steel industry. And I have no quibble with that. But you have to balance the healthy steel industry with the other effects it could have. I think George W. Bush tried to do that, and it cost more jobs in other sectors than it helped in the steel industry.”

And auto leaders want exactly the opposite — lower tariffs on imported steel so they can build more affordable cars. And they’re tired of being called a possible national security threat, which Jones says simply doesn’t make sense to him.

A trade war “has the potential for really hurting probably the most important sector of Alabama’s economy right now. If the prices of automobiles go up, demand’s going to go down, production will go down — and that affects everybody.” Suppliers, gasoline producers and, eventually, even steel producers will feel the effects.

“Farmers have a tough go of it anyway,” he says. “They are susceptible to market fluctuations and weather and just about everything that’s completely out of their control.”

While everyone’s needs seem at odds, they agree on one thing, Jones says. “I think the one thing that they are asking for is certainty. They’d like to see the trade war end.

“Everyone wants to protect our workers, our farms, our businesses. But they also want certainty.”

So trade policy has to be balanced and considered, he says. “Unfortunately, the administration doesn’t seem to really have a coherent strategy.”

Talking just a few weeks after the November election turned control of the House to the Democrats, Jones says he believes that Congress can help but added, “Whether we will or not remains to be seen.”

And he hopes the change in the make up of Congress will cause more oversight, rather than less.

While the two parties worked in union on the banking bill and the opioid crisis bill, they didn’t really work together on other key issues, like changes to taxes or to the Affordable Care Act.

“Now, I think that, in order to actually move legislation, the House and the Senate are going to have to talk to each other, and they’re going to have to reach across the aisle to do that,” says Jones, “And I think when that happens, that gives you the best opportunity to really get some things done.

“The big question is whether or not people will continue to play the political games” or retreat to their respective corners and yell at each other, in which case not much happens. “But if they say, ‘Ok, here’s an issue that we want to tackle. How can we best do it?’ and go to the give and take of compromise, I think there are some real opportunities.”

To date, he says, the president hasn’t done much but talk about bipartisan leadership; now, he has the opportunity to demonstrate it.

Jones has high hopes for a better political scene.

“If the Democratic majority in the House gets too aggressive in their oversight, and overreaches, it’s going to hurt; it’ll hurt everybody. But if what they’re talking about is doing their Constitutional duty of oversight — because there hasn’t been any oversight of the administration in two years — if they do that in a measured way, in a Constitutional way, and at the same time propose legislation on issues of the day, they can help the Senate minority work with the Republican majority to try to get things done.”

And, says Jones, there is work that needs doing — healthcare, trade, banking, affordable housing, for example.

“But again, it’s going to take people on both sides of the aisle getting past the politics of it and trying to one up each other and instead try to get some things done for the American people.”

It’s a rosy picture, but Jones believes in it.

He’s known Sen. Richard Shelby — Alabama’s senior senator and for many years now a Republican — since the 1970s, and he respects him.

“We don’t always vote the same way on particular issues, but in terms of the bigger picture — about Alabama and jobs and the economy and trying to do things that will bring a positive economic impact to Alabama — we are pretty much in synch.”

“You don’t hear me out bashing Republicans. Shelby’s not out there bashing Democrats. Our floor speeches are trying to find common ground; trying to put forth things that are going to help people.” And, he says, “there’s a lot more bipartisanship going on in the Senate than people see.”

Jones knows that not every decision he makes will be popular but believes it’s better to educate himself on issues and try to vote for what makes best sense. “If you try to just play purely politics, you might as well just be a robot and take a poll every time you want to vote.”

Even if people didn’t vote for him, he says, “I still represent them” and try to do what’s best for the state.

And he hopes people appreciate that, because “I love the job. I am honored to be here. I am humbled to be here.”

It’s been his dream since he started his career working for the late Sen. Howell Heflin.

And he has no intention of quitting.  You can expect to find his name on the ballot in 2020.

Nedra Bloom is copy editor of Business Alabama, and Mike Kittrell is a freelance contributor. Both are based in Mobile. 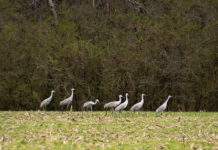 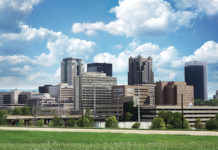