The Alabama State Port Authority and AutoMOBILE International Terminal signed an agreement on Wednesday for a $60 million finished automobile roll on/roll off terminal currently under construction. The terminal should be completed in early 2021.

“We’re extremely pleased to see these world class services companies invest in both our region and our port,” said James Lyons, director and chief executive officer for the Alabama State Port Authority. “AIT’s investment will create a new U.S. gateway for shipping finished automobiles for both U.S. and global manufacturing and consumer markets.”

The new 57-acre terminal is located on the ASPA’s main port multimodal complex, and when completed, will have an annual throughput of 150,000 units. The new facility in Mobile Harbor also is served by five Class I railroads and a rail ferry service with connections throughout North America and access to major U.S. interstate and highway systems.

The port is currently the 11th largest deep-water seaport in the U.S., handling more than 58 tons annually.

In September, 2019, the Alabama State Port Authority received federal authorization to modernize Mobile Harbor to accommodate larger vessels and improve transit efficiencies. Working with the U.S. Army Corps of Engineers, the construction is expected to begin sometime in late 2020. With the deepening of the harbor, the port will be able to accommodate Post-Panamax ships with a turning basin. In addition, the port has executed three expansions shore-side with its partner APM Terminals, the latest of which is expected to be completed this year. This latest expansion will allow for simultaneous berth of two Post-Panamax sized vessels.

Terminal Zárate S.A. is a port services company specializing in cars, containers and project cargo handling operations, as well as storage and logistic services. It is amongst the largest RO/RO terminals in South America with a 10 million-vehicle throughput to date, averaging 500,000 per year. Its location along the Paraná River north of Buenos Aires operates a processing and distribution vehicle facility, working with most automotive manufacturers and international RO/RO ship owners.

Neltume Ports has a portfolio of multipurpose, bulk and container cargo terminals entailing 16 port operations and two stevedoring companies in four South American countries. In 2018, it formed a strategic partnership with ATCO Ltd. with a focus on expansion and development of new port business in the Americas. 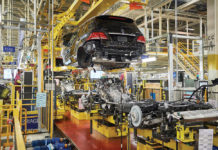 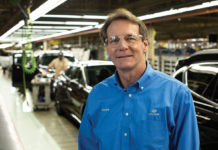 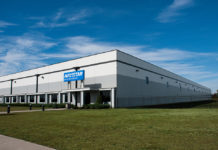