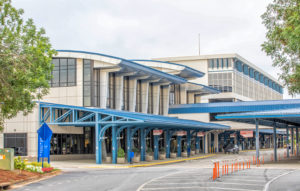 Airports across Alabama received the news late last week that the Federal Aviation Administration was providing $60,999,054 in grant funding, made available through the Coronavirus Aid, Relief, and Economic Security Act (CARES Act) of 2020, awarded by the U.S. Department of Transportation.

Twenty-five airports in Alabama are receiving the funding that will help with airport infrastructure improvements.

“It is important that we invest in advancing our airports, particularly those in rural areas, which have a significant economic impact in local communities,” said U.S. Senator Richard Shelby. “This $61 million in DOT funding for aviation in Alabama is great news and will contribute to the vitality of our entire state.”

The FAA grants are administered through fiscal year 2020 Airport Improvement Program annual and supplemental awards. Additionally, funds provided through the CARES Act serve as the local match for the airport improvement projects.

Twenty-eight grants were awarded to 25 airports in Alabama. The largest of the grants went to Huntsville International Airport, which received two grants — one in the amount of $23,374,511 to reconstruct runway lighting and rehabilitate a runway; and the second in the amount of $1,525,000 to acquire an aircraft rescue and fire fighting vehicle and install security cameras.

“Senator Richard Shelby has always shown his support to Alabama airports, both commercial and general aviation,” said Rick Tucker, Huntsville International Airport CEO. “HSV is grateful to have his support and applauds the strong leadership that led to this investment in advancing airports in Alabama. Airports of all sizes across the state are economic drivers in their respective communities so this funding is essential and will be used to enhance aviation safety and security.”

The Mobile Downtown Airport received $8,886,910 to rehabilitate a runway. “Safety is our number one priority. We want to express our gratitude to Senator Shelby for his leadership and help to secure this funding,” said Elliot Maisel, chairman of the Mobile Airport Authority Board. “During such an uncertain time, this funding will allow us to continue to improve the Mobile Downtown Airport and move closer to our goal of transitioning all commercial air service there.”

The Dothan Regional Airport received $1,415,000 to acquire or rehabilitate an emergency generator; improve, modify and rehabilitate a terminal building and reconstruct an apron.

The Pryor Field Regional Airport, in Decatur, received $585,000 to seal a taxilane pavement surface and pavement joints while Chilton County Airport, in Clanton, received $555,556 to extend a runway.

The H.L. Sonny Callahan Airport, in Fairhope, received two grants, one in the amount of $491,111 to expand an access road and rehabilitate an apron and another in the amount of $120,000 to update the airport’s master plan or study. Also in Baldwin County, the Bay Minette Municipal Airport received $467,054 to construct a taxilane while the Foley Municipal Airport received $361,111 to rehabilitate an apron.

The Hartselle-Morgan County Regional Airport, in Hartselle, received $459,667 to install miscellaneous navigational aids and reconstruct runway and taxiway lighting. At the Florala Municipal Airport, the grant award was in the amount of $425,000 to construct an access road and an apron.

A taxilane will be constructed at Albertville Regional-Thomas J. Brumlik Field with the grant award of $380,200. In Union Springs, at Franklin Field Airport, the grant was in the amount of $371,116 and will be used to acquire land for development and install perimeter fencing. The Atmore Municipal Airport received $333,333 to seal a runway pavement surface and pavement joints while Camden Municipal Airport received $326,404 to rehabilitate an access road and an apron. The Scottsboro Municipal-World Field received $309,434 to improve airport drainage and rehabilitate a runway. 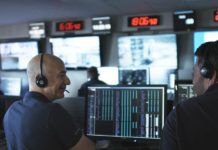 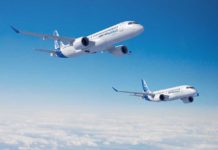 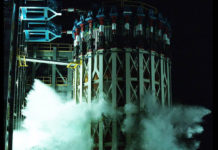