Aker Solutions, in Mobile, has landed a contract to manufacture the undersea communications cables and distribution equipment for an offshore oil and gas service platform that will serve one of the largest subsea development projects in the Gulf of Mexico, projected to produce 255 million barrels of oil equivalent.

Murphy Oil is the lead owner and operator of the exploration development, and Aker’s contract is with Subsea 7, builder of the floating production system that will serve Murphy’s first seven development wells in the Khaleesi, Mormont and Samurai offshore fields of the Green Canyon area of the Gulf of Mexico.

Aker Solutions will make the cable at its facilities in the Theodore Industrial Port on Mobile Bay. A subsidiary of Aker Holdings, based in Oslo, Norway, Aker Solutions will engineer, design and manufacture the umbilical cables and distribution equipment for Subsea 7. Privately held, Aker has declined to disclose the value of the contract.

“We look forward to working with Subsea 7 on one of the largest subsea development projects in the Gulf of Mexico,” said Jonah Margulis, vice president of Aker Solutions, told Offshore Engineer Magazine. “Aker Solutions and Subsea 7 have built a collaborative and high-performing relationship over time, with a strong track-record of excellent project execution.”

According to engineering trade publication NS Energy, Subsea 7’s 11,000-ton King’s Quay FPS — the floating production system that will serve the Murphy Oil development — is scheduled for commissioning in the first half of 2022. It will have capacity to process 80,000 barrels of oil and 100 million cubic feet of gas a day. The two-deck FPS includes facilities for processing oil, gas and water.

The Khaleesi, Mormont and Samurai fields are estimated to contain a total of 255 million barrels of oil equivalent.

Aker Solutions was featured in “One-of-a Kind Alabama Companies,” in the October 2012 issue of Business Alabama. You can search businessalabama.com for this and hundreds of other unique Alabama companies. 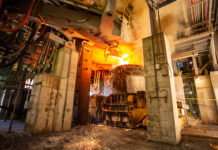 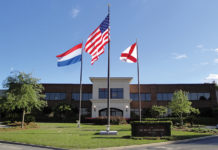 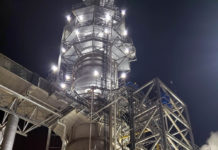