Home Aerospace Airbus Production in Mobile to Nearly Double by 2021

Production at the Airbus Final Assembly Line in Mobile will nearly double from four to seven A320 family planes a month by 2021, company officials announced today.

The day before the announcement, German online writer Sylvain Faust predicted that Airbus would be announcing two additional FALs in North America to meet demand. Airbus, in partnership with Canadian firm Bombardier, also builds the smaller A220 plane in Mirabel, Quebec. A second final assembly line for A220 craft is under construction in Mobile now, due to open in 2020. Also, some A220s are being completed in the Mobile A320 facility, the first of them set for delivery this year.

Airbus says it is “on track to produce more than 130 aircraft in Mobile each year for its airline customers.”

Airbus has had a presence in Mobile since 2005, when it opened a C212 and CN235 support unit at Mobile Regional Airport. The Airbus engineering center, which now supports most commercial aircraft products, opened in 2007. The Final Assembly Line, the first such Airbus facility in the U.S., opened in 2015.

“Airbus has been manufacturing in the U.S. for many years now through our helicopter, aircraft and satellite products,” said Airbus Americas Chairman and CEO C. Jeffrey Knittel. “This increase in commercial aircraft production in Mobile is an exciting expansion of our significant industrial investment in the U.S., and it continues Airbus’ positive contribution to American aerospace.”

In 2019, Airbus outsold its U.S.-based rival Boeing, for the first time in the commercial aircraft market. 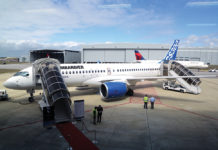 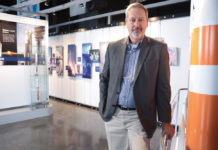 Bridging a Gap in Aerospace Workflow 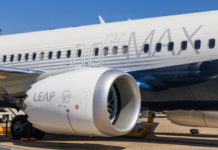