The Mobile County Public School System is Alabama’s largest and has instituted a system of academies, small learning communities that afford students in the 10th through 12th grades the opportunity to participate in real-world, hands-on assignments connected to a specific career theme.

“It is an academy that is tied to a career, ” says Prowell, adding that the school’s academy was chosen because of its proximity to Mobile Aeroplex. Once an Air Force base called Brookley Field, the Aeroplex was transformed by the arrival of Mobile Aerospace Engineering in 1991, Airbus Engineering in 2007 and even more so by the arrival of the nation’s first Airbus final assembly plant that began work in 2015.

“And once Airbus came in about 10 years ago, it was just a natural fit for us to choose that for our academy, ” Prowell says.

The B.C. Rain story is a good example of the corollary impact the aerospace and aviation industry has had on the Mobile area as it has for decades in the Huntsville area. Boeing has been a major presence in Huntsville for more than 50 years, and the city has an even longer relationship with federal players NASA and Redstone Arsenal. All that is supported by dozens of other companies somehow connected to the aerospace and aviation business. 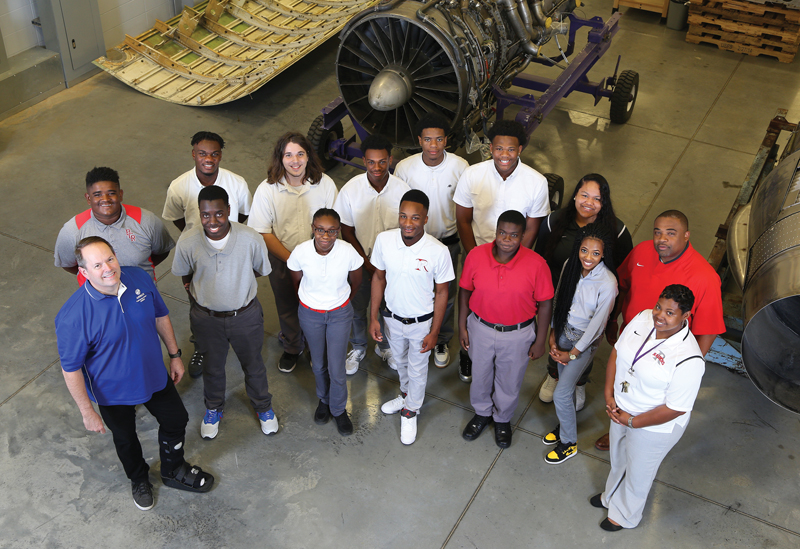 The impact goes far beyond the money earned by the people who live in these areas, particularly those at the top of the list, the aerospace engineers, who, according to the Bureau of Labor Statistics, earn a starting salary of about $110, 000 a year.

According to the Bureau of Labor Statistics, Alabama ranks fourth in the nation in the number of aerospace engineers employed, with 4, 470. Huntsville leads the way with 3, 930 of them. The website educatingengineers.com says Alabama has more than 300 companies that hire aerospace engineers.

The true value of the aerospace and aviation industry to Alabama is not confined to dollars but includes the various ways the industry has added to the standard of living and the quality of life in the Mobile and Huntsville areas, as well as other pockets throughout the state.

“The culture of this community is very much tied to aerospace and aviation, ” says Lucia Cape, senior vice president of economic development for the Huntsville/Madison County Chamber of Commerce. “The fact that so many people are employed in the industry means that you have a lot of kids whose moms and dads work in aerospace, and so they grow up knowing about space programs and learning about engineering as a career. It does create a culture but also the companies are so engaged in our school system, both from helping to improve the experience of the student but also about making sure the students are aware of careers in aerospace.”

Corporate involvement in community schools is becoming even more important as the number of teachers in the K-12 grades continues to drop and fewer teaching hours are devoted to math and science.

“We had to develop a strategy, if you will, on how to best achieve our influence over where this community might go in the future, and readying a work force for what we have envisioned, ” says David Trent, director of the Airbus Engineering Center.

“So we really focus on a couple of areas: one is education of kids, primarily in STEM (science, technology, engineering and math) activities. The other area is plain, flat-out avionics and aviation. We encourage kids to be excited about airplanes, and then we also look at what kind of influence our employees might be able to have in their network, ” Trent says.

“We look after three backyard schools, schools that are essentially in our backyard. There is an elementary school, a middle school and a high school along the
Dauphin Island Parkway, and we are trying to do what we can to help those schools be successful. So in the elementary program, we have some of our volunteers help with the Reading Buddies program, to try to help kids who are behind grade level.

“At the middle school level, we, with the help of the Airbus Foundation, sponsor the Airbus Flying Challenge, which is essentially a mentoring program for a group of students from the middle school. There are about 60 or so kids, sixth and seventh and eighth graders. Our employees volunteer their time to mentor them and work on STEM projects and also citizenship-type projects throughout the school year, and then it is capped off with an opportunity for the kids to go flying and experience a single-engine type of airplane flying, which at some point if the kids are up to it, and the instructors are up to it, we let the kids take the stick for a little bit. It allows kids to get an opportunity they would not normally get.

“And then at the high school level, we provide mentorship and also try to help kids understand what a career in aviation might look like, at least what an engineering career might look like, but also to encourage them to continue in school and get good grades and in doing so they get more choices in life and could better themselves and their families a great deal, ” Trent says.

The bigger players in both areas, Airbus and Boeing, in addition to jobs and mentoring programs, have partnerships with the state’s universities to allow them to recruit skilled employees and develop programs that teach students the skills needed for employment at the companies.

The aerospace and aviation industry is expected to continue to grow in both areas, which means more high-paying jobs and continued growth across the board.

“Most of our new workers are coming in from other locations, and we are seeing a lot of job growth, so we are supporting the recruiting efforts of our existing companies with their current work force, to help them through the transition from where they are to Huntsville, ” says Cape.

And, as Wollman says, “Huntsville’s history as a high-tech center of excellence has provided a rich pool of highly skilled workers. However, future demand for engineers and other skilled workers is on track to outpace the projected number of graduates from STEM courses of study.”  That said, according to Wollman, Boeing, like Airbus, is working with educational institutions around the country to recruit talent and develop training programs that prepare students for careers at Boeing. 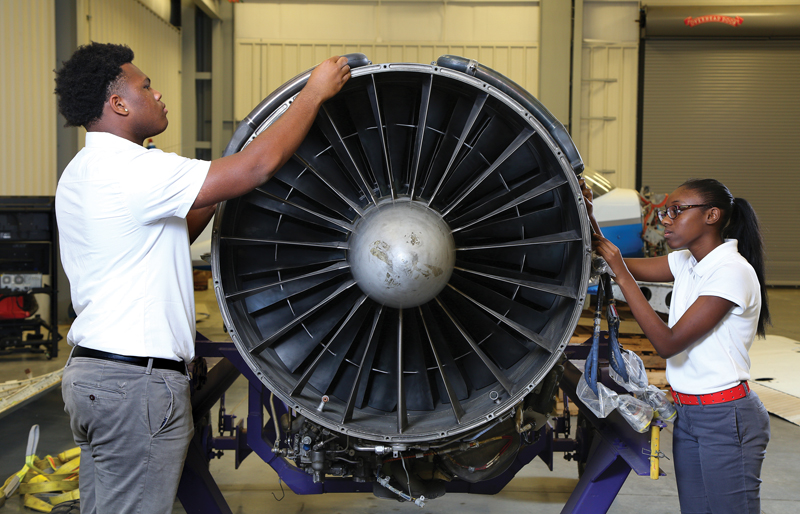 Mobile, on the other hand, lacked the pool of engineers and highly skilled workers available to Boeing.

“When we started about 11 years ago, ” Trent says, “I needed to have a cadre of experienced guys and gals, and I didn’t get that out of the region, so I had to go to wherever they were. So we brought in the first 100 or so people and we probably brought in 80 percent of them from outside of the region, but once we got to a level of competence that was workable, then we started looking at the local universities and graduate programs and students in those programs, and the preponderance of our hires since then have been pretty much regional or local to the ability that they are able to do the work.”

Cape says while the number of large firms in the Huntsville area that have 1, 000-plus employees has slipped, the number of smaller firms, many related to the aerospace and aviation industry, has increased. In 1990, Cape says, the area had about 60 companies that had a hundred or so employees, and that number has increased to 76.

Wollman adds, “Boeing’s supply base in Alabama is growing. Boeing works with more than 200 suppliers, 209 to be exact. That’s 15 more suppliers than the previous year. The company also spent $550 million with vendors and suppliers in 2016, compared to $532 million in 2015.”

Not to be ignored, the aerospace and aviation industry is growing rapidly in Southeast Alabama, where Commercial Jet Inc., Lockheed Martin, Sikorsky, Bell Helicopter and others have large operations.

“As companies come to Alabama, whether it be in Mobile or Huntsville, ” Trent says, “I think they have to realize that they can really do a lot to change the future of these regions that they are in. I think Airbus can come in and make a great investment, and we are not going to fail with that investment; we are going to invest the ways we need to in order not to fail, to be successful.”

“If I need an engineer, I have to capture them when they are probably about 9 or 10 years old. When a young person is figuring out that math and science and aviation and things like that are cool, that’s when I have to capture them. These companies that come to town in an aviation or aerospace type business have got to think generational. When you think of the other strong aerospace centers in the country, they are a generation or two or three ahead of where we are, and we are going to have to grow into it.”

Cape says, “I think the aerospace industry has really defined Huntsville and it has really set the trajectory going forward for what we want to achieve, setting high education expectations, the quality of life, the tone of the community, what people who live here and work here enjoy doing.”

Bill Gerdes and Mike Kittrell are freelance contributors to Business Alabama. Gerdes is based in Hoover and Kittrell in Mobile. 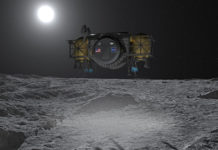 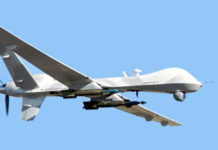 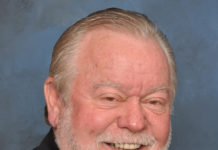