Like attempts to repeal the Affordable Care Act, lawmakers have discovered that the tax code is no easy fix. Rome wasn’t built in a day, and neither is new tax policy.

Though a substantial tax reform bill looks unlikely to be rolled out in 2017, experts are monitoring any changes the White House and Congress might bring about this year.

“Sweeping tax reform” is a phrase that catches people’s attention but is difficult to implement, ” says William Dow, a partner of the Warren Averett accounting firm who works in its Birmingham office.

Dow believes the repeal of Obamacare and its related tax provisions are probably foremost on people’s minds. He says the individual taxes related to Obamacare have been punitive and often bear no correlation to a taxpayer’s health care coverage.

“The U.S. budget deficit is paramount, and Congress has to manage budget constraints with the associated loss of tax revenue. We will hopefully see changes in tax rates, as well as the opportunity for companies to repatriate funds held overseas at a manageable tax rate.”

Clint Freeman, a partner at Warren Averett in its Montgomery office, notes that according to media reports, U.S. tax reform is attracting attention overseas. He says that for years the United States has been falling behind as the rest of the world implements innovative tax strategies.

The Border Adjustment Tax (BAT) is one proposal that has spurred interest and could encourage companies to make goods in the United States by making it cheaper to export goods and more expensive to import them, Freeman says.

“There are companies in the U.S. that do each, so certainly initially, there will be winners and losers, ” Freeman continues. “Some say that if the dollar goes up enough, the losers will be compensated by an increase in buying power. A risk is that a huge increase in the dollar would make U.S. goods more expensive, maybe too expensive, to foreign buyers. A wild card is the possibility of lawsuits from other countries, if the World Trade Organization rejects the BAT.”

Lyvonnia Poppell, a principal in the tax group at Jackson Thornton in Montgomery, says reform is being presented in all areas, but if the estate tax is repealed the estate sector will be highly affected. Import and export taxes are also an area of potential for great change, she says.

“Our international taxing regime needs to be changed in order to make U.S. companies more competitive around the world, ” he continues. “We have to enable corporations to bring funds back in the U.S. without subjecting the earnings to a potential double tax.”

It has been estimated that trillions of untaxed U.S. dollars are currently held overseas, observes Renee Hubbard, also a principal with Jackson Thornton. “Economic growth would benefit everyone, and a repatriation of these profits, although a one-time hit, could make a substantial impact on our economy.”

Freeman cites Apple’s recent report that its cash balances are about $250 billion, largely maintained outside the United States.

“Imagine the economic impact of the money coming into the United States, ” adds Dow. “This is a key component of President Trump’s tax proposal, yet he has not proposed what the tax rate will be. I think he is holding that back for a negotiating point.”

Hubbard notes that many U.S. parent companies create foreign companies or subsidiaries to account for their overseas operations, and as long as the profits from these subsidiaries remain offshore, the profits are not taxed in the United States.

Another potential game changer is the proposed reduction in corporate tax rates from 35 to 15 percent. The rate would also apply to business income earned by flow-through entities, such as partnerships and S corporations. Dow believes individual owners of flow-through entities would benefit from this lower tax rate.

Dow says opponents are already attacking this provision by saying that business owners of flow-through entities would be incentivized to reduce their salary, which would be taxed at 35 percent, and have it characterized as business income taxed at 15 percent.

“I am confident that this issue can be addressed and the entire plan should not be scrapped simply to avoid these types of issues, ” adds Dow.

“The tax proposal provides for a reduction in individual tax rates from 39.6 to 35 percent. It also calls for the elimination of most deductions, but would retain the deduction for mortgage interest, charitable contributions and retirement contributions.”

Trump’s tax proposal also calls for the elimination of the alternative minimum tax, the net investment income tax, the additional Medicare tax and the estate tax. Dow calls this a “great concept, ” but would not be surprised if these proposals are significantly modified in negotiations.

Freeman says a clear effect of such large tax reductions would be an increase in the federal deficit, unless offsetting factors occur.

Dow believes the proposed change in carried interest could have a positive impact on the real estate industry if the income is viewed as business income taxed at 15 percent instead of 35 percent.

“I am sure Congress will try to say it is investment income, but they are then contradicting themselves. It seems it should either be investment income, which is taxed as such with beneficial capital gains rates, or as business income. Surely they will not create a third class of ill-defined income.”

Dow says the proposal to eliminate deductable interest on commercial real estate loans and the proposal to change the 39-year depreciation for new buildings could have a short-term impact by allowing taxpayers to immediately deduct the acquired assets. But this would be followed by higher taxes in subsequent years. The loss of deductibility of interest expense could negatively impact the lending industry and possibly bring about a new form of lending/equity investing.

Poppell believes the ability to write off an entire project in the first year will create additional cash flow to the developers in the early years of the project. Yet long-term this is simply a timing issue. “The developer currently is able to write the entire project off over time through depreciation, ” Poppell explains. “The elimination of the interest deduction, however, is a takeaway from the developer. This was a deduction against income that the developer will no longer have.”

As tax reform progresses, albeit slowly, how do big accounting firms prepare for and adapt to possible outcomes?

“We are constantly monitoring the provisions and advising clients of the potential impact to their business, ” says Dow. “We are seeing many businesses postponing transactions in order to see what tax rates will be.”

Poppell says Jackson Thornton’s association with organizations such as RSM US Alliance — a leading provider of audit, tax and consulting services — gives her firm access to national leaders involved in tax policy and reform.

“By the end of the year, I believe Congress will strive for some type of rate cuts and temporary revisions, even without true tax reform and simplification.”

Because tax reform has been “on the table for so long with no real action, ” says Hubbard, it is difficult to predict how Congress may act at this point.

“However, I do believe that the majority of the House Republicans would like to see the tax brackets lower, both individual and business, so this may be something that can be accomplished by year end.”

Jessica Armstrong is a freelance contributor to Business Alabama. She is based in Auburn. 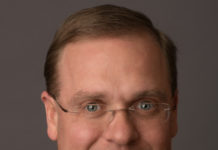