Home Aerospace A Bumpy Week for Boeing Outside of Alabama 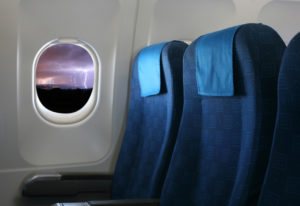 It has been a bumpy ride this week for Boeing Co., which began on March 27 with re-election of a batch of contested directors and continues today with the announcement of a first quarter net earnings loss of $641 million.

All of the company’s problems are in the commercial aircraft division, which went back to work on April 20, following a virus crisis cessation. All of Boeing’s work in Alabama is in either the defense or space divisions of the company, mostly engineering work concentrated in north Alabama that never shut down.

Engineering failures that led to crashes and grounding of a new fleet of 737Max airliners have haunted the commercial aircraft division — resulting in Boeing’s first annual net loss in the last 20 years.

At the annual meeting, held online, five of the 12 directors up for election to the board were challenged by a leading proxy advisory company, Glass Lewis. The company advised against the five directors — all of whom were elected, nonetheless — because of their tenure through the 737Max development decisions. Glass Lewis advised support of CEO David Calhoun “with caution.”

Calhoun became CEO in January after serving on the board for over a decade. He was former head of General Electric’s aviation division, and a decision by Boeing to fast track a new line of jets using re-engineering GE engines, rather than an overall aircraft redesign, has been criticized as pivotal in the 737Max’s problems.

On top of 737Max losses came the industry-wide calamity caused by the virus crisis and travel lockdowns.

Expectations are that Boeing is in line for a heft chunk of $17 billion in virus relief loans earmarked for defense contractors. How that balances against Boeing’s biggest losses being in the commercial sector is hard to reconcile.

One Boeing director, former U.N. Ambassador and South Carolina Gov. Nikki Haley, resigned from the board in March, saying she disagreed with Boeing asking for virus crisis relief money.