For the third time in five years, Edward Jones won first place in the contest’s large company category for those with at least 250 employees. Peachtree Planning was a first-time winner in the small-to-medium category for firms with 15 to 249 employees.

Twenty-two companies with headquarters or regional offices in Alabama competed in this year’s event. Peachtree Planning is a Birmingham-based financial planner with offices in Nashville and Atlanta. The national financial services company Edward Jones’ regional office in Foley participated in the contest.

Business Alabama Magazine held the competition with The Best Companies Group (BCG), a workplace research firm in Harrisburg, Pennsylvania. BCG selected the 22 competitors based on its assessment of each company.

Twenty-five percent of the assessment came from the employers who answered questions about benefits and policies as well as perks such as casual Fridays and flex time. The other 75 percent came from BCG’s anonymous employee engagement survey that polled workers on how much they enjoyed coming to work each day, opportunities for career advancement and whether they felt valued by their employers.

“This recognition is based on employees who consistently have great days at work,” Peter Burke, BCG’s president and co-founder told the audience. “There’s so much that needs to go right in order to create an engaged workforce. There are 1,000 paths to get there. But the winners in this group have figured out their path, and we’re honoring them for it tonight.”

Before the awards ceremony began, employees and their bosses gathered for a reception inside The Woolworth’s bar and recreation space, which featured foosball and bumper pool tables and tabletop shuffleboard. Some attendees even took turns Duckpin bowling on the club’s eight lanes. 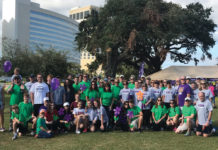 2019 Best Companies to Work for in Alabama 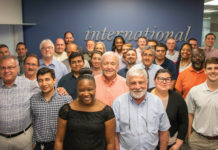 Best Companies to Work for in Alabama 2018 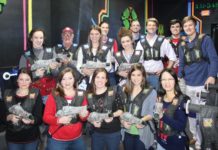 Best Companies to Work for in Alabama 2017