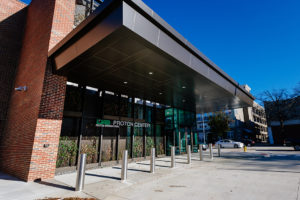 The University of Alabama at Birmingham and Proton International on Monday celebrated the opening of their new proton therapy center in the Magic City.

Proton International at UAB, one of only 36 proton therapy centers in the U.S. and the first in Alabama, will begin therapy treatments at the end of February.

“With the establishment of this center, UAB Medicine has again brought one of the latest, most advanced medical technologies to our region,” said Will Ferniany, Ph.D., CEO of the UAB Health System.

“Opening the center is an important milestone for the residents of Alabama who now have access to proton therapy closer to home,” said Chris Chandler, CEO of Proton International. “Our mission is to work in partnership with leading clinical entities such as UAB so patients and families do not have to travel long distances and suffer further cost and stress at such a critical time.”

UAB physicians anticipate beginning consultations with prospective patients in the next two weeks.

Proton International at UAB is on 20th Street South between Fourth and Fifth Avenues in Birmingham. The facility consists of a three-story building to house clinical exam rooms, offices and the ProBeam proton therapy system. 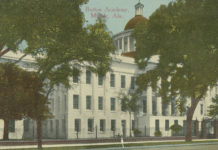 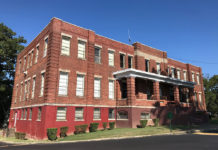