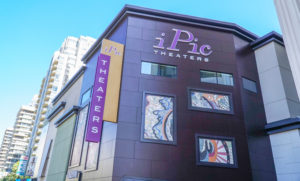 Luxury movie theater chain IPIC Entertainment filed for Chapter 11 bankruptcy on August 5, with the Retirement Systems of Alabama owning 39.2 percent of the company’s stock and having extended a credit line of $204 million to the troubled entertainment company. IPIC said it will seek approval of either a sale or a reorganization plan.

While doing so, company operations “will be supported by debtor-in-possession financing provided by the Retirement System of Alabama,” says the company’s press release.

Failure, on July 1, to meet an interest payment due on the RSA loan led to a regulatory filing, on July 31, that declared, “We do not have adequate cash on hand or other available assets to repay our outstanding indebtedness and RSA could foreclose upon the property that is pledged to secure the credit facility.” That facility, it added, “includes substantially all of our assets.”

IPIC Entertainment, based in affluent Boca Raton, has been a leader in the concept of maximum comfort, dine-in movie theaters. But the cost and pace of building ever more luxury theaters proved too rich for IPIC.

“IPIC was the first and only company building luxury theaters just 10 years ago, which led to double digit growth year over year before the industry took notice,” said IPIC CEO Hamid Hashemi in the company’s Chapter 11 release. “IPIC’s business plan called for building 25 locations in 4 to 5 years. Delays in development cycle combined with the high cost of capital depleted IPIC’s available resources before the company was able to reach critical mass and become self-funded.”