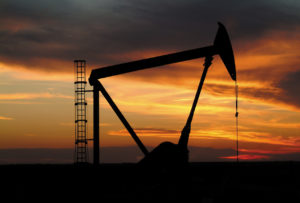 Energen Corp., a Birmingham-based oil exploration and production company, is currently drilling in the largest petroleum basin in the U.S. The sixth largest publicly traded company in Alabama, Energen showed $961 million in revenue last year. The company’s success in the oil fields has coincided with consistent gains on Wall Street, and major investors have taken notice. This summer, even with rising stock prices, Energen has found itself the target of a hostile takeover.

As far back as 2001, Energen stock has consistently performed above the S&P 500 index average, with one noticeable dip during the energy crisis of 2008. As the company diversified into oil over the following year, values rose again. By 2014, Energen ceased seeking new investment opportunities within natural gas transportation. That April, they announced that they would sell Alagasco, the natural gas utility, to the St. Louis-based Laclede Group Inc. for $1.6 billion.

Energen now maintains a pure play focus on oil exploration. Between 2009 and 2012, the company invested around $1 billion in the Permian Basin in West Texas and New Mexico, with at least seven major land acquisitions to stimulate growth. By 2014, the company owned 300, 000 acres in the drilling hot spot. Energen, in its corporate profile, says “as of July 1, 2017, the company has identified 4, 116 net engineered, unrisked potential drilling locations in the Delaware and Midland basins with an estimated 2.5 billion barrels of oil-equivalent, net, undeveloped resource potential.”

The Permian Basin is home to the nation’s most plentiful oil reserves. In April, Tortoise Capital Managing Director Rob Thummel told Bloomberg that the Permian Basin could eventually surpass Saudi Arabia’s Ghawar as the largest oil field in the world. According to a June report by the U.S. Energy Information Administration, activity in the basin produces approximately 3.5 million barrels of oil per day. Drilling in the Permian Basin began in the 1920s, but natural pressure started to wane 50 years in. In the 2010s, Energen and other companies turned to fracking and horizontal drilling to maintain output.

Energen’s own performance in the basin has been particularly impressive. While their wells are spread across three sub-basins, Energen has focused largely on the Midland Basin, with the development of the company’s Generation 3 hydraulic fracking wells. In the first quarter of 2018, Energen’s wells produced a total of 92.9 thousand barrels of oil equivalents per day. Adjusted EBITDAX was $240.6 million, 10 percent better than their early expectations.

In a September 2017 report, President and CEO James T. McManus II assured investors that Energen’s production growth was a pure boon: “We are confident that Energen is well-positioned to continue delivering strong results and creating shareholder value now and in the future.”

However, the enthusiastic production across the Permian Basin has raised concerns about the future cost of oil. Shale oil entrepreneur Harold Hamm warned on CNBC last year that enthusiastic producers should be mindful of low oil prices or face the possibility they will “drill themselves into oblivion.” This April, Reuters reported bottlenecks forming in the transportation pipelines running out of the basin. The choke in Gulf Coast-bound lines inspired drops in oil prices by as much as $9 per barrel.

And American exports face concerns on other fronts. Following the U.S. imposition of trade tariffs on Chinese imports in July, China threatened to respond with its own tariffs targeting U.S. oil products.

It’s worth considering that Energen’s stock history over the last decade is largely positive, and the company has demonstrated its durability through market woes. Company stock experienced its most drastic drop in 2016, with stock prices falling from over $60 to $23 that February, corresponding to a drop in oil prices. In response to the plunge, Energen announced a public offering of 15, 800, 000 shares. In a February 17 statement, the company explained, “Energen intends to use the net proceeds from the offering to repay borrowings under its credit facility, to fund drilling and development activities, and/or for other general corporate purposes.” Three days later, the company announced the completion of purchase and sale agreements for its Delaware Basin and San Juan Basin assets — largely natural gas reserves, leaving the company focused on oil. For the transactions, Energen reported gross proceeds of $551.7 million.

Noticing Energen’s record, activist investors have taken a keen interest in acquiring the company, and Energen has been resisting invitations to auction for over a year now. Corvex Management LP first broached the subject in May 2017.

“Energen may be a target because someone else thinks that they can make it perform better than it already does, ” says John Jahera, finance professor at Auburn University. “To avoid a sell, they would have to justify to their shareholders that they don’t need to sell, that they’re operating at peak performance as is.”

That’s the strictly neutral view of a dissenting shareholder. A more questionable subtype is the corporate raider, a shareholder who sacks the company to line his own pockets.

It wasn’t long before the individual working behind the Corvex veil was reported to be one of the best known of all corporate raiders.

The prodding by Corvex was instigated by Keith Meister, protégé of billionaire activist investor Carl Icahn. This May, Meister invited Icahn into the buying by selling him 2 million shares of Corvex’s Energen stock, which at the time went for $64.84 per share. He also gave Icahn the option to buy 2 million more shares by November. At the time, Corvex claimed about 8.7 percent ownership of Energen with 8.5 million shares.

By early July, Energen stock was up nearly 19 percent over the same time last year. Just before Independence Day, a new filing showed that Icahn had increased his stake to 7.5 percent. Even as stock continued to climb, Icahn suggested that Energen shares should be valued as high as $100 each.

At the time, stock was already trading around $72.50. There’s no doubt that Energen values have benefitted from the activist attention, as prices have already shown a 57 percent leap from their lowest point of $46.16 last year.

In spite of oil price volatility, Energen stock has climbed consistently since Icahn demonstrated his aggressive interest. While the company has maintained that they’re already surpassing expected performance in the Permian Basin, Icahn’s bid suggests that there may still be room for improvement.

“The right buyer can offer new direction, ” says Jahera. “If they think the company is undervalued, they’re going to look for ways to bring that up. A takeover can keep management on their toes.”

That begs the question of whether Icahn is the right buyer. Icahn first got his reputation as a corporate raider with his 1985 hostile takeover of TWA. He incrementally sold off parts of the company to repay the debt he used to purchase the company — a not so benevolent form a streamlining called asset stripping.

With Energen’s coveted reserves in the Permian Basin poised to overshadow other major fields, Icahn and company may have as their target an asset well worth stripping.

Tom Little is a Birmingham-based freelance writer for Business Alabama. 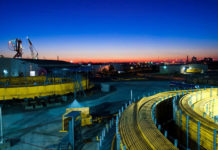 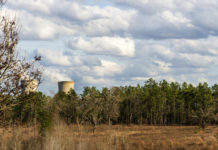 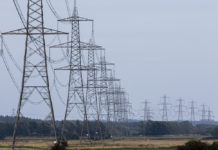