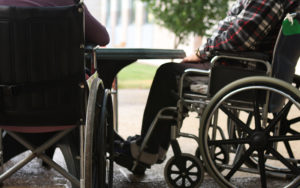 Alabama had the eighth highest percentage of nursing homes with an infection prevention and control deficiency — 50.2 percent — prior to the ongoing virus crisis. Yet 48 percent of all U.S. nursing homes had similar deficiencies, according to a report by the Government Accounting Office, released on May 20.

The GAO, which examined the records of nursing homes in the U.S. from 2013 to 2017, said it is working toward, but has not completed, a study of infection and death rates in nursing homes during the virus crisis.

The agency’s work was prompted by a request from U.S. Sen. Ron Wyden, a Democrat from Oregon, who has been calling for investigation of the impact of Covid-19 on nursing homes. He has been critical of Centers for Medicaid & Medicare Services, which oversee nursing homes, for not keeping accurate data on their performance.

“The data is shockingly sparse, and lacks reporting by almost one in five nursing homes,” said Wyden and U.S. Sen. Bob Casey, a Democrat from Pennsylvania, in a June 4th statement on the CMS data. “Nursing homes were not required to submit data on cases and deaths before May 1, meaning we may never know the full scope of this tragedy.”

The highlight of the GAO’s May 20 report is that there was a problem with infection control long before the current crisis.

“Most nursing homes had infection control deficiencies prior to the Covid-19 pandemic; half of these homes had persistent problems,” the GAO reported.

The GAO examined records of the CMS, looking for the red flag “infection prevention and control deficiency,” one of the markers used by the CMS to regularly grade the performance standards of nursing homes. The records are generated by annual inspection of nursing homes performed by state survey agencies in each state contracted for inspection services.

States with higher percentages of infection control deficiencies than Alabama were California, Delaware, Indiana, Illinois, Michigan, Mississippi and Missouri. California had the highest, at 60.6 percent. 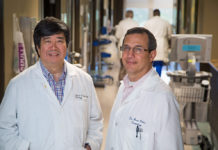 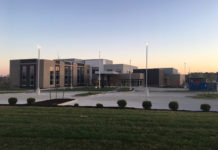