April 30 brought bitterly disappointing news to shipbuilder Austal USA, with the Navy’s announcement that a competing shipyard in Wisconsin won the bid to build the first big batch of Navy frigates, a contract for 10 ships valued at $5.5 billion.

But already the new frigate has drawn criticism from a Congressional study that points to chances for substantial costs above the Navy estimates. Published May 4, the U.S. Congressional Research Service report urged lawmakers to question how the Navy reached its cost estimates, noting that the cost per ship, by the time the third ship is delivered, will be $1.47 billion, versus the Navy’s estimate of $940 million — an underestimate of 56 percent.

Austal — the largest manufacturing employer in Mobile and the sixth largest in Alabama, with 4,000 workers — lost the bid to Fincantieri, an Italian defense contractor that will build the frigates at its Marinette Marine shipyard in Marinette, Wisconsin.

Austal and Fincantieri are the builders of two versions of the Navy’s series of Littoral Combat Ships, the line of shore-hugging cruisers that accounts for Austal USA’s largest contracts in recent years. Austal has delivered 11 LCSs and is under contract to build eight more, with the work ending in 2024.

Three years ago, the Navy announced it was reducing the size of the LCS program in order to move to a larger ship, a frigate, more capable of defending fleets at sea rather than conducting littoral, or near-shore missions. And years before that, the Navy tried to re-engineer the LCSs to do both fleet protection and littoral duties — a costly and mismanaged effort.

Besides Fincantieri and Austal USA, also competing for the new frigate design were Huntington Ingalls Industries, and a partner team of General Dynamics and Spain’s Navantia.

Fincantieri was awarded a contract to build the first 10 of the ships, but the Navy’s frigate program calls for a total of 20 ships, and the Navy could change the design in midstream, calling for a new design competition.

Where exactly the new frigate fits into the Navy’s overall plan for a 355-ship fleet is also unclear. A long-awaited Integrated Force Structure Assessment, originally due in January, has been held up by Defense Secretary Mark Esper. Appointed in July, Esper has said he wants his team to make its own assessment of the subject. 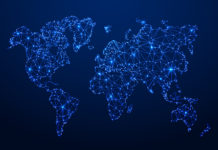 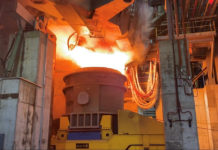 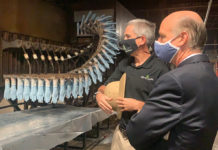 SHOWA Group Expansion in Fayette on Target for 2021