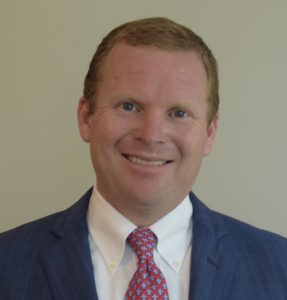 Staley brings more than 17 years of experience working alongside leaders in political, business and government circles in Alabama and Washington, D.C.

“Michael will make an immediately visible positive impact on the Alabama Clean Fuels Coalition,” said Phillip Wiedmeyer, chairman of the ACFC Board of Directors. “His knowledge of the issues and experience working with business leaders and officials at local, state and federal levels of government will be a tremendous asset to this organization going forward.”

“We are going to build on past success, strengthening Alabama’s position as a leader in the development and deployment of alternative fuels technologies,” Staley said. “I’m excited to be tasked with engaging our members and stakeholders to advance our mutual goals.”

Staley previously served as field representative, district director, legislative director and chief of staff in the congressional office of retired U.S. Representative Spencer Bachus, including as D.C.-based chief of staff from 2007-2014. He also worked as special assistant to President Judy Bonner at the University of Alabama and as senior policy adviser at the Birmingham law firm of Waller Landsen Dortch & Davis.

Staley will continue to provide consulting and lobbying services to clients served through Chain Link Solutions, an Alabama-based company he started in 2016. A UAB School of Business graduate, Staley resides in Hoover with his wife, Kate, and son, Ryan.