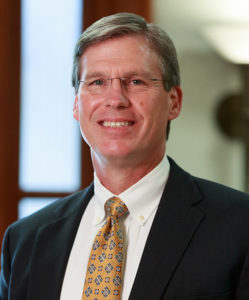 Sullivan previously worked for Synovus Bank, formerly The Bank of Tuscaloosa, where he spent 29 years, where he served in a number of leadership roles, including as chief executive officer of the bank.

Sullivan earned his bachelor’s and master’s degrees from the University of Alabama. He has been very involved in the Tuscaloosa community, serving on several boards and organizations.