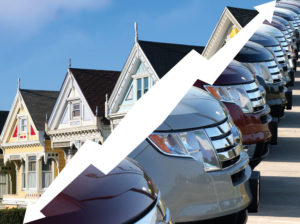 Growth has been the operative word for Alabama’s credit unions during the latter half of the nation’s long-running economic recovery.

During the past five years, membership in the state’s credit unions increased 10 percent to 2.1 million, while assets grew 17.8 percent to $22.4 billion. Loans jumped a dramatic 43 percent to $12.3 billion as savings rose 18 percent to $19.6 billion, according to the National Credit Union Administration.

At Birmingham-based America’s First Federal Credit Union, the biggest change has been the very size of the organization’s portfolio, thanks to increased consumer lending. “The total net growth in our portfolio is right at 70 percent for the past five years, and we had 16.5 percent loan growth this past year,” says Kevin Morris, senior vice president and chief retail officer at America’s First.

“We’ve seen an increase in requests for larger amounts on credit cards and personal loans for debt consolidation,” says Benson Bolling, chief lending officer at Tuscaloosa-based Alabama Credit Union. “Borrowing has increased in recent years and credit card balances have grown substantially. We expect to see more interest in consolidation loans as consumers work to reduce monthly payments. We’ve seen an increase in bankruptcy filings in recent months as well, which may be in part due to growth in consumer debt.”

Steady growth in automobile loans at credit unions reflects the record number of vehicles manufactured and sold in the United States in recent years. MAX Credit Union in Montgomery, for example, had a record year for auto loans last year, both in terms of number of loans and loan volume. MAX was able to do that even though the Federal Reserve began raising interest rates almost two years ago.

The higher rates are beginning to have an impact, but it has been minimal thus far. At Huntsville-based Redstone Federal Credit Union, for example, there has been a slowdown in growth of longer-term auto loans carrying a higher loan-to-value ratio. Auto loan activity decreased in December of last year, but it’s not clear if that was caused by higher interest rates, the government shutdown or other factors, says John Cook, Redstone Federal’s vice president of lending.

America’s First, on the other hand, has raised its auto loan rate five times in the past 18 months and not seen a decline in its business. Morris says that the interest rate increases have come in small doses and that rates are still relatively low. What’s more, interest rate increases have been rolled out in an organized way, with what amounts to advance notice, so there has been no shock factor.

“In most cases, the impact of interest rate increases has been so small that members would never notice it,” Morris says.

Perhaps the most clear-cut impact of the higher interest rates has been in mortgage lending. The higher rates have led to a decrease in mortgage refinancing and an increase in purchase mortgages. At Redstone Federal, purchase mortgages now account for more than 75 percent of the credit union’s mortgage closing activity, up from only 40 percent three or four years ago.

The trend away from refinancing and to purchase mortgages is expected to continue if rates continue to rise. But so far, higher interest rates have not had a dramatic impact on mortgage lending. Redstone Federal’s number and dollar volume of funded mortgage loans both increased last year, and Alabama Credit Union had an 8 percent increase in mortgage lending. MAX Credit Union saw a modest decline in mortgage applications and originations, according to Martin Head, chief lending officer there.

Alabama Credit Union’s Bolling is not alone when he talks about a major shift in recent years to more lending through digital and indirect channels. “We still have a steady volume of traditional transactions,” he says, “but we anticipate as much as 50 percent of our loan volume in 2019 will come from loan applications completed through our website, app or other indirect channels” such as auto dealers or others outside the credit union involved in the loan application process.

“It can be a low-cost source for business, but more than that it is simply becoming the norm,” says Bolling. “Members do just about everything online or through their phones and applying for loans is no exception.”

America’s First had four straight months of record indirect sales last year and also is working to increase digital lending capabilities. “This year, for the first time ever, our members will be able to use a cell phone to apply for a mortgage,” he says. “It’s more of a millennial mindset.”

Cook says that in 2017-2018 Redstone Federal saw a decrease of more than 10 percent in loan applications coming through its branches. “What got us to an increase overall in loan applications came through online banking and our indirect channels, and the greater increase came through online banking,” he says. “My guess is there’s more of that to come. It seems to be a durable trend from my perspective.” 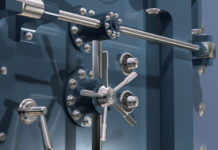 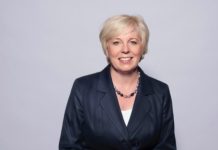 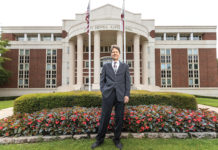