Bassmaster’s entire 2019 Elite Series field has decided to return for 2020, and they won’t just be fishing for compliments.

The 2019 field was highly regarded, and all 75 anglers from that Elite Series roster are returning, along with 10 qualifiers from the Basspro.com Bassmaster Opens, two veteran anglers, who returned to the trail through Legends Exemptions, and the TNT Fireworks B.A.S.S. Nation champion.

“To have all 75 guys back from last year — plus 100 percent of the anglers who were invited — says a lot about the positive momentum we have with the Bassmaster Elite Series,” said B.A.S.S. CEO Bruce Akin. “The reaction to last season was overwhelmingly positive from sponsors and fans, and it’s great that everyone wants to continue with us on what will be another exciting journey in 2020.”

A talented 2019 rookie field of anglers that included Rookie of the Year Drew Cook, Lee Livesay and Patrick Walters will now enter their sophomore campaigns with the Elites.

They will be joined by a new talented crop of rookies that includes Eastern Opens qualifiers Bryan Schmitt of Deale, Maryland, Destin DeMarion of Grove City, Pennsylvania, Buddy Gross of Chickamauga, Georgia, Austin Felix of Eden Prairie, Minnesota and Kyle Welcher of Opelika. The anglers who qualified through the Central Opens are Wes Logan of Springville, Caleb Kuphall of Mukwonago, Wisconsin, Taku Ito of Chiba, Japan and Bob Downey of Hudson, Wisconsin.

The 2020 Elite Series schedule will begin Feb. 6-9 with the AFTCO Bassmaster Elite at St. Johns River in Palatka, Florida. From there, it will wind through eight states for nine events as anglers compete for cash and prizes and attempt to qualify for the 2021 Academy Sports + Outdoors Bassmaster Classic presented by Huk.

Each tournament will begin with 88 anglers on Days 1 and 2 before the field is cut to 40 for the semifinal round on Day 3. Only the Top 10 remaining anglers will fish the final day of each event with a $100,000 first-place prize on the line. 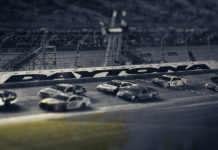 Who Knew Sod Required So Much Work? 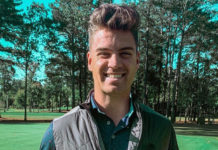