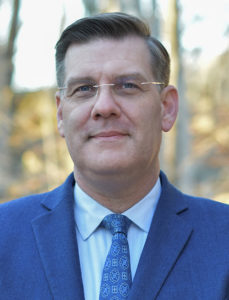 Walther began his Catholic media career as a journalist writing for the National Catholic Register two decades ago. He most recently served as vice president for communications and strategic planning at the Knights of Columbus.

Founded in 1980, EWTN is the world’s largest Catholic media organization. In his new role, he will oversee EWTN’s new media platforms, including Catholic News Agency, the National Catholic Register, the ACI group, ChurchPop and EWTN’s lineup of television and radio news programming.