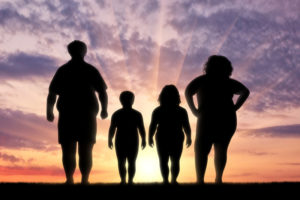 A reminder that comes heavy as a fruitcake is a recent study showing Alabama at the front of the national obesity epidemic.

The analysis, published in the current issue of the The New England Journal of Medicine, reassesses a host of previous studies, combines the findings numbers and tells us what to expect.

Alabama ranks number two among the states, tied with Arkansas and Mississippi and bested only by Oklahoma.

And you won’t have to wait a decade for the alarms to be ringing. In the new year of 2020, Alabama can expect an overall obesity rate of 30.6 percent of the population and a severe obesity rate of 24.2 percent.

The study was conducted by the T.H. Chan School of Public Health, in Boston.

To the relief of the fruitcake industry, the researchers did not offer any explanation for causes of the epidemic.