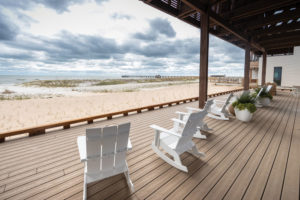 The Alabama Department of Conservation and Natural Resources has been recognized with an achievement award for the Gulf State Park Enhancement Project by the Environmental Business Journal. The project, which preserved and enhanced Gulf State Park’s 6,150 acres, included the new Lodge at Gulf State Park, dune restoration, a 28-mile trail network, two pedestrian bridges, a new Interpretive Center and a Learning Campus.

Bank Independent brought its Shelter Share drive to a conclusion in March, after donating 3,824 items and 128 volunteer hours to animal shelters in northwest Alabama. These numbers triple the totals of the bank’s donations in the previous year.

Central Mesa, in downtown Tuscaloosa, won the 2019 Taste of the Town Champion, according to the Chamber of Commerce of West Alabama. Spicy chicken tostados won the prize for Central Mesa.

The Vince Lombardi Cancer Foundation has presented $150,000 to Children’s of Alabama to continue funding research on a groundbreaking Tumor Xenograft Study.

The City of Vincent recently received $800,000 from White Rock Quarries. The funding will be used for community projects like road paving, fire trucks, youth and senior centers and projects for the schools. The funding is part of a pledge made by Jim Hurley, president and CEO of White Rock, to provide $1.65 million to the Vincent community.

The Hoover Met Complex, managed by Sports Facilities Management, closed out its first fiscal year showing a $14.86 million economic impact, hosting 1,700 teams and 48,000 spectators for a variety of traditional and non-traditional sports events.

Lightfoot, Franklin & White LLC, for a third consecutive year, has been named an Alabama Firm of the Year by Benchmark Litigation.

Rausch & Pausch LP, in Auburn, won a Daimler Supplier Award and an Innovation Award for its services over 2018. RAPA provides an engine-pump unit called the E-Active Body Control chassis used in the new Mercedes-Benz GLE.

ServisFirst Bancshares Inc. has received the Raymond James Community Bankers Cup, recognizing the top 10 percent of community banks. Also, for a fifth consecutive year it has been ranked in the top five community banks.

The Springs of Mill Lakes, a 55 and older master-planned community in Opelika, recently received four gold and three silver awards from the National Association of Home Builders.

America’s First Federal Credit Union revealed the 2019 Community First Campaign charities, which were Aletheia House, Sight Savers America and the American Foundation for Suicide Prevention. America’s First employees will raise funds and volunteer at these charities throughout the year.

Auburn University was named a Military Friendly School for 2019-2020 by G.I. Jobs Magazine. It was one of 766 schools nationwide to receive the designation. In addition, the university’s public service announcement, “War Eagle” received the Grand Award from the Council for Advancement and Support of Education. The PSA featured noted Auburn alumni at various stages of their careers.

Eight Alabama companies were presented the Governor’s Trade Excellence Award for their success in exporting and their contributions to expanding the global reach of Alabama’s economy. The companies were: Aerostar of Mobile, GKN Aerospace of Tallassee, Help Lightning of Birmingham, Polyvance of Rainsville, Port of Huntsville and RMCI Inc. of Huntsville, Trinity Highway Products of Pell City and Zorn Molds Inc. of Trafford.

Toyota recently donated $1 million to the National Center for Families Learning. The company has had a 28-year partnership with the NCFL and has donated $50 million. The donation will help break the cycle of poverty through family literacy in Washington, D.C. and north Alabama.

The University of North Alabama’s Online MBA program was ranked no. 41 globally by CEO Magazine. CEO Magazine reached out to business schools across North America, Europe, Australia, New Zealand and the BRICS.

Weight Loss Trailblazers, of Tuskegee, was chosen by the Delta Regional Authority for funding through the Delta Innovation Fund, a startup accelerator. 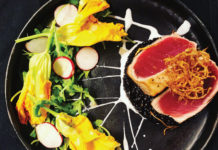 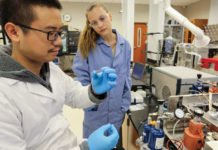